Archival Topics and Resources: Brief History of the Archives 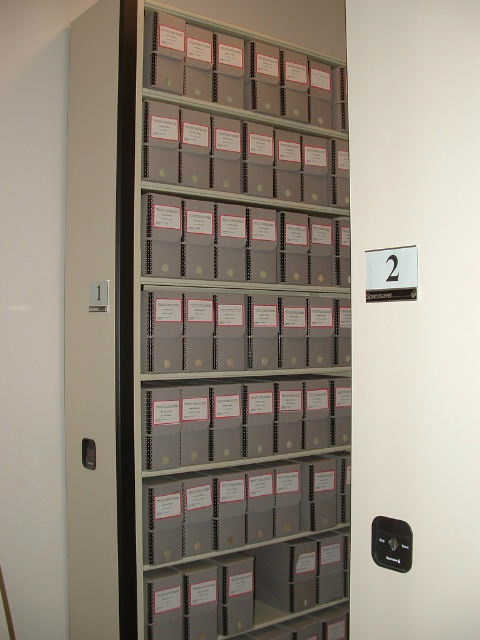 A Brief History of the State Archives

After statehood, the Secretary of State's office continued to maintain the records and the Secretary of State became the de facto State Archivist and he was required to keep proceedings and papers of the two constitutional conventions, the manuscripts containing the enrolled Acts, and joint resolutions and journals of the Legislature of the State of Nevada, Territory of Nevada, Carson County, Utah-Nevada territorial records and other historical records;  (Statutes of Nevada, 1865, 149.)  Note:  State Constitution,  Article 5, Section 20 prescribes that the Secretary of State shall keep a true record of the Official Acts of the Legislative and Executive Departments of the Government (1864.)

In 1937, the State Board of Control consisting of the Governor, Secretary of State, State Controller, State Treasurer and Surveyor­ General (former State Board of Capitol Commissioners), were given the responsibility of authorizing the destruction of "old and obsolete" state records, and maintaining a record of the final disposition of such materials under the authority of the Nevada Historical Society (organized in 1904, state agency in 1907) which could receive records having a historical value for preservation (Statutes of Nevada, 1937, 74.)   The Nevada Historical Society was deemed the state repository for "obsolete and non­ current" state and local government records, and became de facto the State Archives along with the Secretary of State's office (Statutes of Nevada, 1943, 90.)

This changed in 1957 as the State Board of Examiners,  consisting of the Governor,  Attorney-General  and Secretary of State, were given the responsibility  of authorizing, the destruction of "old and obsolete"  state records, and maintaining  a record of the final disposition of such materials.  It allowed the Nevada Historical Society to receive records having a historical value for preservation  (Statutes of  Nevada,  1957, 66.)

An attempt in 1967 to abolish the  Division of Archives and establish the Nevada Historical  Society as the sole repository  of archival records failed.  Various laws pertaining to state and local historical records were amended to clarify that the Division of Archives, not the Nevada Historical Society, was the official repository of noncurrent state government records  (Statutes of Nevada,  1967, 1270.

The State Library and Archives became a division within the Department of Administration as the result of another reorganization within state government.  In 2015, the Legislature changed the name to the Nevada State Library, Archives and Public Records (NSLAPR).