Skip to main content
It looks like you're using Internet Explorer 11 or older. This website works best with modern browsers such as the latest versions of Chrome, Firefox, Safari, and Edge. If you continue with this browser, you may see unexpected results.

→ Go back to the Nevada XR Libraries Initiative page.

Over the last 15 years John has worked teaching technology, media creation and video production with youth winning numerous state and national awards. He has the technical expertise to produce compelling media and the personal skills for working in a collaborative team. As the managing director of the Marinovation Learning Center, which is a partnership between Novato Unified School District, Marin County Free Library, and New Media Learning Center, John provides 21st learning opportunities for the community. On location there is a branch of the library, a Makerspace-Media Studio and Immersive Learning Lab for Virtual Augmented Reality experiences and learning. John has recently been selected as the California Library Association's 2018 President's Award winner recognizing outstanding contributions, leadership and achievement in support of California libraries by a lay person who has given his or her time and talents to further the advancement of California libraries!

k Andersen
President and co-founder, Lifeliqe
mark@lifeliqe.com
(415) 601-0474
Mark is president and co-founder of Lifeliqe, an education platform used by students and patrons to learn in 3D. Its groundbreaking visual learning tool has over 1,300 interactive 3D models with augmented reality and 700 lesson plans that can be used for programming. Lifeliqe is the largest digital science library in the world where every model is co-created with a professor, scientist or zoologist. 98% of students say using Lifeliqe "helps me understand difficult concepts"​, 89% report that it helps students get better grades and 84% of teachers describe it as a "breakthrough and useful tool."​ Common Sense Media chose Lifeliqe as one of the Best Education Apps and said using Lifeliqe is a "no-brainer". The American Association of School Librarians (AASL) selected Lifeliqe as one of its Top 5 apps for Teaching and Learning. HTC Vive selected Lifeliqe their Strategic Partner in Education and Lifeliqe is the most downloaded education app in virtual reality on HTC Vive's marketplace (Viveport). 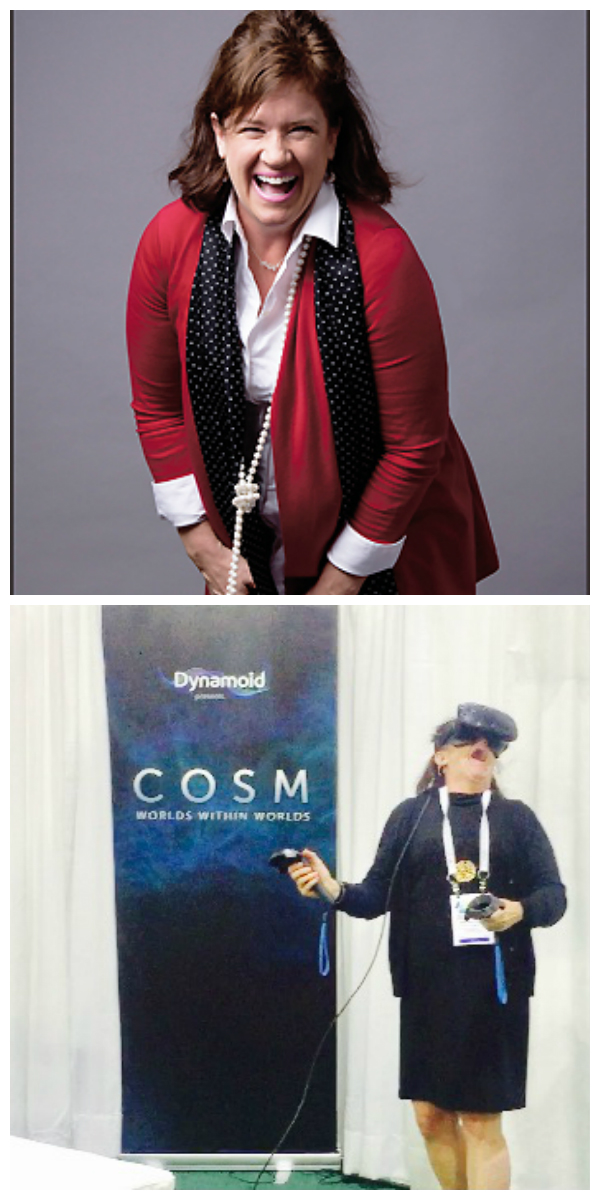 In wholehearted agreement with Valerie Gross that libraries equal education, Tammy Westergard was named an agent of change and a 2016 LJ Mover and Shaker for her role in advancing the opportunity to earn advanced manufacturing industry credentials in a public library. Reasoning every citizen can get what’s necessary to land good jobs, Tammy says that education in all its forms is a widespread responsibility—a duty that we collectively share. “While our formal places of education have primary jurisdiction over the day-to-day instruction of students, the State Library should and does play a supportive role,” says Westergard.  “Meaningfully linked learning opportunities between the formal classroom, home and third places of learning (like libraries and museums) leads to skilled and qualified workers and, more importantly, health and longevity. The Nevada XR Libraries pilot project is so gratifying and the generosity of the folks helping to make this happen is a testament to their commitment to bridging the digital divide and making emerging technologies widely accessible."

Norma Fowler, Library Development Consultant at NSLAPR, works directly with libraries throughout the state to develop programs and services for their communities. She has a diverse library background with public service and technical service experience in both public and academic libraries. She is as convinced now as ever about the importance of reading and libraries for people and communities and is committed to working with library directors and trustees to develop the best libraries possible for the residents of Nevada. Norma has a BA in History/Library Science from Missouri State University and an MLS from the University of Missouri.

Cyndi O discovered the library field after serving eight years as an Air Force intelligence analyst. She first took a job as a teen services librarian and never looked back. Cyndi’s library directorships have been highlighted by collaborative partnerships, state-wide educational initiatives, early adoption and championing of the Edge Assessment, outreach and community engagement, team development and staff empowerment. Cyndi is the current coordinator of the Nevada Library Cooperative, a consortium of 18 Nevada libraries. She is helping the organization redefine itself by aligning service and support with 21st century library standards. Cyndi is an enthusiastic public servant and believes in libraries as drivers of education, innovation and individual and community empowerment. She has a BA in international relations from the American Military University and an MLIS from the University of Oklahoma.