Nevada has a long and varied history, composed of individuals both big and small. From the native tribes to the earliest Euro-American settlers, Nevada is rich in family history. We have an extensive library on Nevada history, which is a good place to start for those with a long family history in the state. We also have a large inventory of newspaper microfiche. It's best to have a time period that you're looking at as it narrows down the amount of work one does in searching the fiche.

The Nevada State Library and Archives does not have Birth and Death Records. There were no birth or death records kept in Nevada until 1887 when the first vital statistics law was passed by the Nevada State Legislature. Prior to that date, the only possible sources available for proof of birth are newspapers or baptismal records. See the copy of existing newspaper indexes and their locations.

From 1879 to 1911, incorporated cities required undertakers to obtain burial permits from the county coroner's office. Permits were issued upon the filing of death certificates. These certificates exist for Virginia City and Gold Hill for 1879-1887, and for Carson City 1893-1896. Transcripts of the Storey County Coroner's records are at the Nevada State Library and the Nevada Historical Society on microfilm.

The Nevada State Office of Vital Statistics also has marriage and divorce records from 1968 to the present. Divorces are civil court actions and from 1862 to the present are kept in the office of the County Clerk for each county. Civil court cases are filed by case number and indexed by plaintiff and defendant. Marriage certificates are filed with the County Recorder in the county where the marriage license was issued, not where the marriage took place. For up-to-date listings of County Officials, check out the Nevada Association of Counties website.

The Archives has some records for marriages and divorces for Carson County, Utah and Nevada territories, 1856-1862. The Nevada State Library has marriage records for Douglas, Lyon, Ormsby, Storey and Washoe Counties for 1862-1900. The latter are available on microfilm and are for research only. Certified copies should be obtained from the office of record.

With few exceptions, the Nevada State Archives does not have records created by counties in Nevada. Those records are maintained by the county offices that created them such as county recorders and county clerks. The exceptions to that statement include the following:

Territorial County records: some records created by the county commissions of Douglas, Ormsby (now Carson City), and Storey Counties were turned over to the State Archives. Descriptions of those records are found in our web pages describing Territorial records.

Ormsby County District Court case files: The case files of the Nevada 2nd Judicial District, 1861-1931 were transferred to the Nevada State Archives in order to provide a secure environment. They include civil, probate, and some criminal case files. There is an in-house index containing names of both plaintiffs and defendants.

County Tax Assessment Rolls: From 1891-1892 Nevada counties were required by the State Board of Equalization to compile duplicate tax assessment rolls and submit them to the State Controller's office. The rolls were audited by the Controller who specifically was looking for differences in how railroad lands were taxed by individual counties.

The background of the naturalization process sheds some light on why this is so. The first Act, in 1790, made naturalization possible for any free, white adult with four years of U.S. residency. From then, until 1906, any federal, state or local Court of Record could confer citizenship. At that time, the Immigration and Naturalization Service, established to bring order to the process, began reporting its findings to the judge of the relevant court, who then signed the Order. Naturalization of women and children differed in that, before 1952, children under 21 years of age received derivative citizenship and have no separate file. Women, on the other hand, received automatic citizenship by marriage after one year of residency, and needed no Declaration of Intent.

Many persons were granted citizenship outside the normal process. Blacks became citizens by constitutional amendment in 1868. Indians, who were wards of the state until 1924, became citizens by an Act of Congress. Citizens who were living in territories which were brought into the U.S. as a block, by treaty, were often awarded citizenship en masse. The incorporation of Texas in 1845 is a case in point.

The forms used for Naturalization documents have also varied. Before 1906, each court had its own form, usually one which required only the forswearing of allegiance to the Head of the State from which the applicant came, and the signature of two witnesses. The Immigration and Naturalization Service required forms to include name, age, date and place of birth, occupation, physical description, current and former residences, Ports of Debarkation and Arrival, name of the ship, date of arrival in the U.S. In 1912, names and birth dates of spouses and children were added. Beginning in 1930, photographs were often included.

The normal process has required two classes of documents. The Declaration of Intent was often filed upon arrival in order to begin establishment of residency without delay. With a copy of this filing in hand, final papers could be obtained from any court after residency requirements had been met. A two-to-seven year lapse between the Declaration and final papers is common. The final paper has four parts: Petition, which carries the most information; Affidavits of witnesses and petitioner; Oath of Allegiance; and Court Orders of admitting denial, or continuance. Name changes often occurred at this time.

In Nevada, naturalization records may be found with the state district court and U.S. District Court Records at the National Archives at San Francisco.

NOTE: Former Children's Home residents may look at everything in their own files except the juvenile court and probation documents. These are only accessible through the juvenile court system. The copies in the files exist because the staff at the home needed to have that information to provide proper care for the individual.

Family members of former residents may look at everything in the file except the juvenile court and probation documents; medical and dental records; case reports from social workers; and the psychological and psychiatric reports. Medical files and psychiatric reports are restricted under NRS 629.021-061 and social worker reports are restricted under NRS 49.251-254.

Family members with power of attorney may see everything except juvenile court and probation records.

All official records can be photocopied except juvenile court and probation documents.

Personal files will be given to the individual or to a family member with power of attorney upon completion of Receipt for Personal Items in the Records of the Nevada Children's Homes form.

All the records from the State Department of Education that have been transferred to the State Archives have been reviewed and NO student lists were found among them.

The records transferred include Minutes of Meetings of the State Board of Education, Deputies' Annual [Statistical] Reports, High and Elementary [Statistical] Reports, County Superintendents' Fiscal Reports, County Auditors' Reports and Teacher Retirement records. There is also a series of correspondence from school districts relating to funding, problems and occasionally an evaluation of school physical plants.

According to the Nevada Compiled Laws (1929-49), there was an annual census of all school age children taken by the teacher, or a designated census marshal for the school district. These census' were sent to deputy superintendents, located in regions around the state, who in turn compiled the statistical information to be included in reports to the state superintendent for the apportionment of funds.

The State never collected information on individual students. This was done a regional level and kept in several offices around the state. When the more than two hundred school districts were consolidated into seventeen in 1956, the statutes made no provision as to the transfer, care or maintenance of student or local school district records. No one seems to know what happened to these records.

According to the 1911 "Act Concerning Public Schools...," teachers were supposed to turn their registers of students over to the trustees of the school district at the end of each year. The trustees were elected in local elections. One of trustees was to be elected clerk and maintain the records of the district. At least until 1949, the real and personal property of a dissolved school district was turned over to the county commissioners. If school districts were consolidated, then the real and personal property became the obligation of the new board of trustees. Records are not specifically mentioned.

From 1911 to 1949, census marshals took an annual census of school age children in each district. These were separate from teachers' registers. The report contained the full names, birth dates, gender and race of all children less than twenty-one years of age. These reports were approved by the clerks of the boards of trustees and sent to the Deputy Superintendent. This information was turned into statistics for the Deputy Superintendents' reports listed above. There was no obligation to keep these census reports after the compilation.

The records of defunct vocational and trade schools are at the office of the Nevada Commission on Postsecondary Education.

The Nevada State Archives does not have any records of the Stewart Indian School. The school was operated by the U.S. Bureau of Indian Affairs.

The Pacific Branch of the National Archives in San Francisco has Records Group 75.20.4 Records of the Carson/Stewart Indian School, NV. 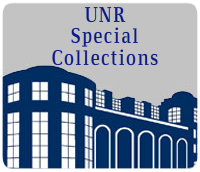