Nevada Libraries in the News: Home

Nevada's libraries help lead the way into the future

Virtual Reality libraries in Nevada take learning to another level

Teri Vance for the Nevada Appeal

Librarians from two states — joined by volunteers across the country — spent the day Thursday cataloging virtual reality en masse as part of the XRCatalog Hack-a-thon.

“As a state library, part of our job is to drive continuing education,” said Deputy State Librarian Tammy Westergard. “We’ve convened a group of motivated workers to catalog our virtual reality content, which gives access to libraries around the world.”

Libraries across the state have adopted virtual reality programs over the past two years, using one-time funding allocated by the 2017 Nevada Legislature.

“That funding has kick-started a powerful opportunity for Nevada libraries,” Westergard said.

The $500,000 was used over the last biennium for collection development, bookmobile services, statewide databases and emerging technology.

The Nevada Library Association asked this year’s Legislature for $1.5 million in permanent funding to continue the programs put in place over the past two years.

Lawmakers approved $450,000 in permanent funding during this year’s session, which concluded earlier this month.

While it was less than what the association asked for, libraries will be served.

“It’s so important for all the libraries throughout Nevada to have a permanent funding source,” said Cyndi O, director of the Nevada Library Cooperative, which represents many of the libraries participating in XR educational initiatives locally and who participated in the Hack-a-thon. “This reinforces and validates the value of the information services that libraries deliver on a daily basis.”

“Hackers” cataloged virtual reality content created by Lifeliqe, the nation’s leader in 3D STEM education, which has been implemented in Nevada libraries and classrooms.

Once cataloged, the content will be discoverable to libraries worldwide and accessible to those who wish to subscribe.

“This is huge for us,” said Mark Andersen, co-founder and president of Lifeliqe. “This is the most efficient way for libraries around the world to learn about the content we have.”

The Nevada State Library, Archives and Public Records partnered with the Marin County Free Library, with stations at both locations dedicating the entire day to cataloging. Volunteers across the country also joined in virtually.

“We’re really trying to close the digital divide and get marketable, high-value skills for folks,” said Jones, director of the Marin County Free Library and president of Califa, California’s consortium of libraries. “We think the library is the natural place to do that because it’s free and open to everyone.”

Westergard said the Hack-a-thon is changing the landscape of library services.

“Library materials have continued to change over the last 100 years,” she said. “If this new information format is not put into the WorldCat catalog, it does not exist for librarians. To say that we are making library history is an understatement.”

Editor’s note: This is the final story in a series of articles to highlight library programs funded by the Nevada Legislature. The Nevada Library Association sought permanent funding in this year’s legislative session.

Nevada’s libraries help lead the way into the future

When many outsiders think of Nevada, our booming tourism economy is likely the first thought that comes to mind. However, in recent years, our state has become home to so much more — growing manufacturing and logistics industries, with large companies that include Tesla, Google, Amazon and Apple moving part of their business operations to our state.

With this exciting movement comes a demand for workers. That’s where libraries come in: Across America, libraries are a place where visitors can expand their learning and continue their education. In today’s increasingly technological age, their help is even more important as people learn to master the digital skills they need to succeed.

According to the American Library Association, nearly three-quarters of public libraries assist their community members with job applications and interviewing skills, 90% help their patrons learn basic digital skills, and just under half provide access and assistance to entrepreneurs looking to start their own businesses.

From Henderson to Elko, Nevada’s public libraries are doing their part — connecting people young and old with the technology access, training and support they need to participate in today’s workforce.

Our libraries are nimble in the way they are training children, students and adults, and their work should not be downplayed, especially considering that countless homes and businesses in Nevada lack sufficient internet service. For example, people can learn how to code in Churchill and Washoe counties, while families with preschool-aged children in Las Vegas can participate in a STEM class.

As the state librarian, I’m committed to continuing these efforts. I know that having tech skills will ensure members of our communities have more opportunities in both their personal and professional lives. This week, Nevada is welcoming Google to present workshops in both Carson City and Las Vegas. The “Grow with Google” nationwide tour is the tech company’s initiative to help create economic opportunities for Americans through digital skills training.

Each day will consist of workshops and one-on-one trainings for small businesses, job seekers and anyone else who wants to build on their skills. Google trainers will work with Nevada librarians from all over the state to make the tools and resources from these trainings available on an ongoing basis.

Following Nevada’s Google workshops, the American Library Association will open applications through “Libraries Lead with Digital Skills” for micro-funding to libraries throughout the state to provide programming, outreach and education in their own communities. Libraries can select one of the Google resources to integrate into a new or existing workshop, class or event, and submit the idea using a simple application.

Nevada libraries are poised to help fill the digital skills gap with technology access, training and support in their communities. In turn, libraries can play an important role in continuing to help Nevada become future ready. The people of Nevada are what make our battle-born state special, and they deserve the opportunities and resources they need to be lifelong learners. As more people discover the library as more than a place to check out a book, they’ll find a place to learn and develop valuable skills for the jobs of today and the challenges of tomorrow. We hope to see you soon.

Virtual Reality libraries in Nevada take learning to another level

by Miles Buergin for My News 4

Some students either learn by the book, or they learn with hands-on training. The Nevada State Library has released new technology that helps out with both kinds of learners.

In over fifteen libraries across Nevada, the Nevada XR Libraries Project features new virtual reality technology that focuses on school subjects which include biology, medical assistance and eco-hydrology landscapes.

Back in 2017, the Nevada legislature passed Senate Bill 549, which provided over $500,000 to the Nevada State Library's collection development, databases, rural Bookmobiles, and emerging V-R technology. Specifically, $22,000 went to launching the first-ever pilot technology in libraries in nine Nevada counties.

"I just like the aspect of you actually being able to build stuff and think of it with a group," says Evan, a Churchill County Middle School student.

Evan's school is located in Fallon, NV, where Churchill County does not have the most accessible resources for new advancements in academics. However, since this V-R technology has been located in both the county's high school and public library, students fill up the V-R room to get a first-hand look at this new way of learning.

"The program really makes it available for everyone. It shouldn't just be for 'well-to-do' schools, libraries or communities that have access to this and so when we put it in the library, i'ts available and accessible for everyone," says State Deputy Librarian, Tammy Westergard.

Westergard, with the help of her team of state librarians, says with 360 immersive video, prospective students, and interested parties, can 'literally' see if the career pathway programs through the V-R database is a good for them.

Nevada State Library, Archives and Public Records added records to WorldCat® to share extended reality (XR) materials—which include virtual reality, augmented reality, and mixed reality resources—with Nevada libraries to better support all Nevadans. As State Librarian Tammy Westergard explained, “This effort is an example of how we serve the community, because this content is twenty-first century. And we all know that if it isn’t accessible or discoverable or living in WorldCat, it doesn’t exist to librarians.” Cataloging and Government Publications Librarian Kelly Robertson enjoyed the honor of adding the first WorldCat record that describes virtual reality material.

The Nevada XR Libraries program, which began with initial funding from the Nevada Legislature, involved 16 libraries, including 13 public libraries, 2 school libraries, and 1 special library. During the pilot, library staff planned and held a XR Catalog Hackathon, which brought together volunteers from Nevada and the Marin County (California) Free Library, led by Sara Jones, Director of County Library Services for the Marin County Free Library System. They cataloged 395 XR objects into WorldCat over a 9-hour period.

Kelly coordinated the Hackathon with OCLC, “who was able to get us the authorizations for both Connexion® and WebDewey®. It worked out really well, and people really enjoyed using those tools.” She mentioned that, for MLS students and librarians participating, “this was their first experience learning what cooperative cataloging is.”

“The feedback from our survey was how much [XR hackathon participants] enjoyed being able to use cataloger tools, seeing Connexion and WebDewey for the first time. They felt like they were immersed in the cataloging realm, and they thought it was an excellent experience.”

“And now, all the public libraries in Nevada have access to those records, and they pop up when you make a search,” explained Kelly. To date, more than 1,700 hundred Nevadans have had these 3D immersive experiences in Nevada libraries. Tammy added that, “overwhelmingly, those who used the XR technology all indicated that because of the experience they feel like they have learned something and that they would use what they learned. It’s increased their critical thinking.”

The Nevada library followed California’s example by establishing both XR hardware and software in public libraries. “We had public libraries in the pilot program to connect directly to schools and deliver XR content,” said Tammy. This content, from Lifeliqe, focuses on STEM subjects and pairs with lesson plans, Common Core, and Next Generation Science Standards.

Nevada’s “Libraries = Education” project successfully connected public libraries with school libraries through XR programming. Teachers reported that students “increased learning and had better outcomes when they had the opportunity to go into a 3D experience that was in line with the science concept they were learning,” Tammy said. “For example, in a biology class, students can actually go into a lung and see what it looks like from the inside out.” One record added, “Argentinosaurus: VR experience,” allows students to view an Argentinosaurus migration!

Kelly and other library staff are busy planning another Hackathon to catalog more XR content during the Nevada Library Association Conference in November 2019. “It’ll show people how important cataloging is and what we actually do. And it’ll show administrators why it’s important to have a trained cataloger who can create these templates, who understands what a controlled vocabulary is, and who can create a classification and call number correctly,” said Kelly. The library will also purchase cameras that Nevada libraries can check out to create 360° videos. “Really, librarians have a lot of influence on what kind of resources are made available to communities,” Tammy said. “By putting these resources into WorldCat, our librarians can find and access them, making the most efficient distribution of this impactful format possible.” 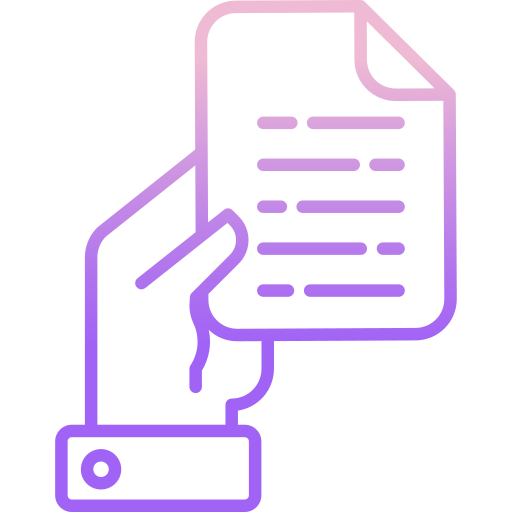